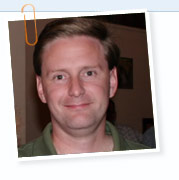 Prosper Member Bids on Loans That Reflect His Own Values

"...debt consolidation is something I support"


Self-described "serial entrepreneur," Steve A. spends most of his time and energy investing in software companies.  When his wife read about Prosper in a magazine and brought it to his attention, it immediately piqued Steve's investment curiosity. "Right away, I saw P2P lending as an appealing, unique business model that nicely fit a niche that needed to be filled."

Steve started by bidding small amount on Prosper and recommends the same for new lenders.  "It was good to start by just getting our feet wet to see how the process worked," he says.  As he got more confidence, Steve began to bid out the funds he received on his loans, and to-date has about $5,000 in outstanding loans on Prosper.  He currently estimates his return to be 11%.

"It's definitely a learning process," Steve recounts when asked how he gets such great returns on Prosper.  "At first, I just set a minimum percentage rate for loans I was willing to consider," he says. "Soon, I had ten $500 loans out, but wasn't comfortable with the risk.  One default could be pretty painful in a portfolio like that."

Steve limits his bids to $50 per loan and his portfolio is spread among 50 to 60 borrowers.  It may take a little more work to find the right 50 or 60 people to lend to, but to Steve's eye, it's worth it.

P2P Lending: Learn as You Earn

"I look for a number of things," Steve says of his eye for good listings, "But mostly, I've just learned from experience." Steve's had more success giving personal loans to those who may not have the best credit rating, but have a solid DTI ratio and are seeking modest loan amounts.

"I enjoy bidding in ways that reflect my own values," Steve says. "I'm not sure I want to fund someone's vacation, but debt consolidation is something I support and I'm glad to help." 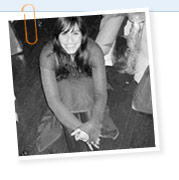 
Early Success for a Small Business

Lara Miller began showcasing her original fashion designs as a student of the Art Institute of Chicago.  Six short years, a landslide of favorable press and 17 retail outlets later, the Lara Miller brand needed an influx of cash to keep up with demand and fuel the growth.

After borrowing from family, friends, and credit cards, Lara ran into a cash squeeze.  Like many small businesses, she didn't have the credit history or the collateral to get bank financing.  For all her success, without a small business loan or line of credit, Lara was faced with going out of business.

"Fortunately, a friend told me about Prosper," Lara says.  Within minutes of visiting Prosper's peer-to-peer lending site, Lara posted her listing and, "It was amazing. I posted the loan, and almost immediately, I had 8 bids."

Lara's first loan for $3,000 was funded at 10% APR, dropping from a listing of 14% in the first day.  Since then, Lara has taken out two more loans with Prosper to fund a new website and help launch the Lara Miller 2007 Spring/Summer line.

Financing and a Networking Tool

For Lara, Prosper has been not only a source of financing, but also a valuable networking tool.  "It's unbelievable, the business connections you make," she says.  "I've met so many great people and gotten wonderful advice about running by business.   I honestly wouldn't be able to do what I'm doing now if it wasn't for Prosper." 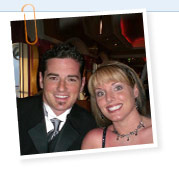 
From Bidding on Personal Loans...

Kent & Stacie were early lenders on Prosper having come to the site when Prosper was only six months old.  Searching online financial sites, Kent "came across peer-to-peer lending and signed up" after finding the Prosper lending process "very simple, very easy to understand and a great concept."

...To Taking a Personal Loan

With a growing family, when Kent and Stacie wanted to make some home improvements, they turned again to Prosper, but this time as borrowers.  Once again, they found that being a Prosper borrower was as easy as being a lender.  With "a quick, simple easy Prosper loan," Kent and Stacie were able to add new weight room, put in a backyard waterfall and a play area for the kids.

Both Lenders and Borrowers Benefit

As both lenders and borrowers, for Kent and Stacie, there's a lot to like about Prosper."  Kent likes the new portfolio management features, "that make things easier, especially for the lender."  And Stacie likes that fact that as a borrower, "people can actually bid the interest rate down, which is what happened in our case." 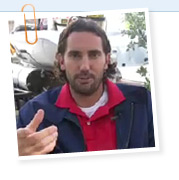 
The Draw of Prosper

Robert credits his parents who are "very compassionate people" for having helped him to grow a "big heart for social justice issues."  A yacht broker by day, Robert works with the homeless through his church and is also a lender to the working poor in developing countries through www.kiva.org, a microfinance non-profit.

"Prosper was my first introduction to the idea of personal lending," Robert says.  A friend told him about Prosper during a conversation about how to "both do good things and make money at the same time."  Making good returns and being the "source of good things that help people accomplish their dreams", seemed the perfect fit.

Robert especially likes that he is making available personal loans to real people. "I like the idea of Prosper because it personalizes and humanizes the lending process," he says.  Robert likes knowing that his dollars are attached to a specific person and a specific project.

Another thing Robert likes about Prosper is the return he gets on his money. "It's empowering to know that you can help people out and make money like banks do at the same time," Robert says.  "Of course there's a bit of risk, but I literally triple what I would be making if I had it in a CD and infinitely more than if it were sitting in a bank account." 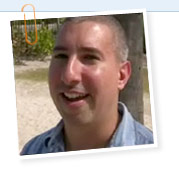 People-to-People Lending is an Easy Process

"The process of signing up is very easy," John says, likening it to paying your credit card or banking online.  You provide your email, a user name, some personal information, and you're ready to start bidding on borrowers' loan requests.  "It's basically like an eBay thing, you place bids on different loans—it's as simple as that."

People-to-People Lending is All About the People

John likes the fact that he's also helping his fellow Americans by enabling them to get loans they otherwise might not get.  "It's kind of like being in a corporate bond, only you're helping another person," John says.

John really enjoys what he calls the personal experience of the people-to-people lending process.  He finds that reading the stories of people in need of financial help, seeing their pictures and looking at their credit profiles through Prosper is much better than the "cookie-cutter model" banks use to make loans—better for both the lender and the borrower.

Different from the Stock Market

John compares his Prosper account to more typical vehicles like equity stocks.  He notes that while his stock portfolio principal might go up and down, his Prosper account yields a monthly payment of principal plus interest, "just like a bank would".   "You can take the payments as cash or re-bid the funds on more loans," John says. "And as you get a bigger and bigger portfolio of loans, your cash flow increases each month." 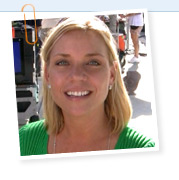 People-to-People Lending for a Good Cause


People-to-People Lending: What a Brilliant Idea!

When Michelle first came across Prosper on CNBC, she immediately thought people-to-people lending was a brilliant idea.  The ability to help someone, "buy a house, start a business, it's great," says Michelle.

The Ease of People-to-People Lending

Michelle became a Prosper lender after filling out one form online and transferring funds that same evening.  "The next day I was already bidding," she says.  As a Prosper lender, Michelle decides to whom she should commit her funds and at what rate and, "is still getting better rates than any bank or CD."

Michelle joined Prosper and bid $500 on borrower listings and immediately followed that up with another $500.  Within a few months she had committed $2,000 of her funds and today holds loans totaling about $4,000 to 75 different people.* 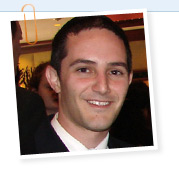 People-to-People Lending: a Chance to Give Back

As a financial analyst, Alan was attracted to Prosper not only because it was an attractive financial opportunity, but also a unique place for him to give back.

Alan also finds people-to-people lending on Prosper less risky than buying stocks or mutual funds.  "You can look through a several hundred page prospectus written in legalese and never really know what's going on", says Alan.  Or you can browse Prosper listings, look at the borrower’s background and financial history and "immediately know exactly what kind of risk you're getting into without investing a lot of time."

The Draw of Personal Lending

Alan enjoys the personal aspect of people-to-people lending and sees it as a win-win for both lenders and borrowers. "I've found borrowers to be very friendly and open and forthcoming," Alan says.  "It's so rewarding to be able to talk to someone about their finances, help them to get a loan at a much lower rate than they ever thought possible, and make better returns than I would from a money market or a CD".